The key aspects underpinning the architecture and design of FLARE are:

FLARE includes components that are deployed both “in the cloud” (compute and storage servers) and at the edge (in the field, physically near sensors at the lake/reservoir being used).

At the edge, a FLARE deployment has the following hardware building blocks:

In the cloud, a FLARE deployment has the following hardware building blocks:

The following diagram expands on the previous figure to provide an overview of the major software modules that make up the end-to-end FLARE system: 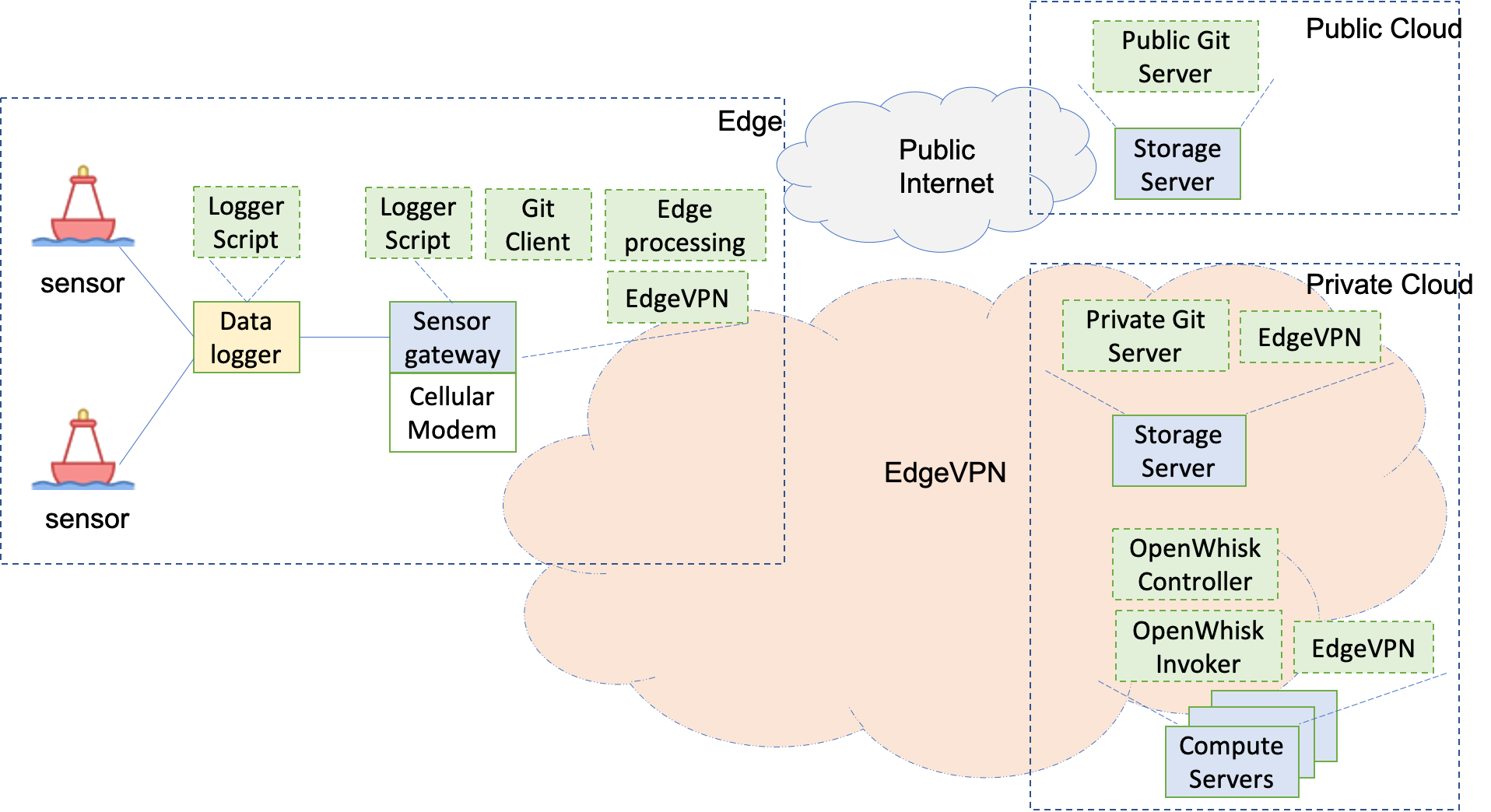 With the major hardware and software modules as described, the following figure overviews a typical workflow of a FLARE forecast: 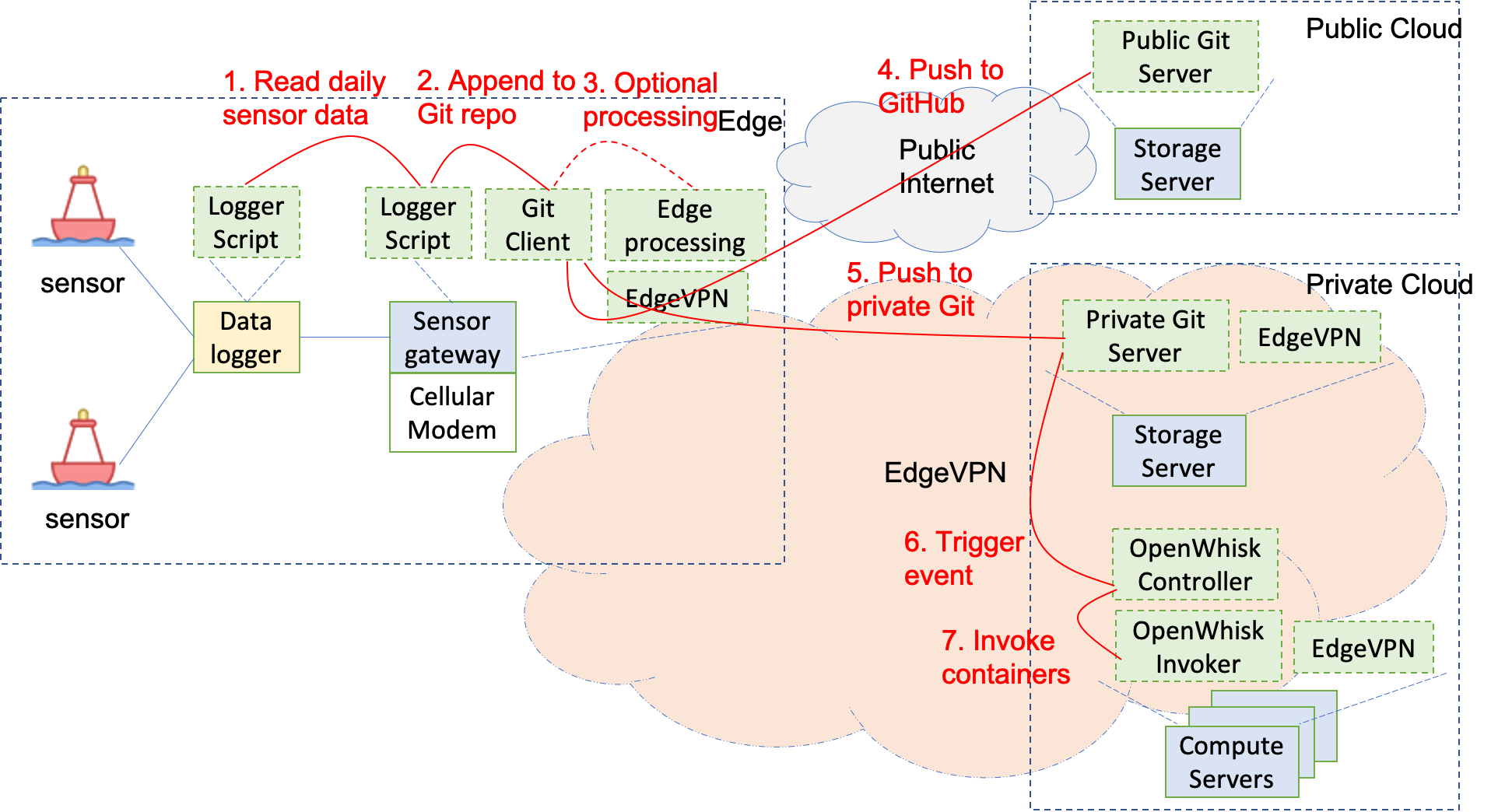 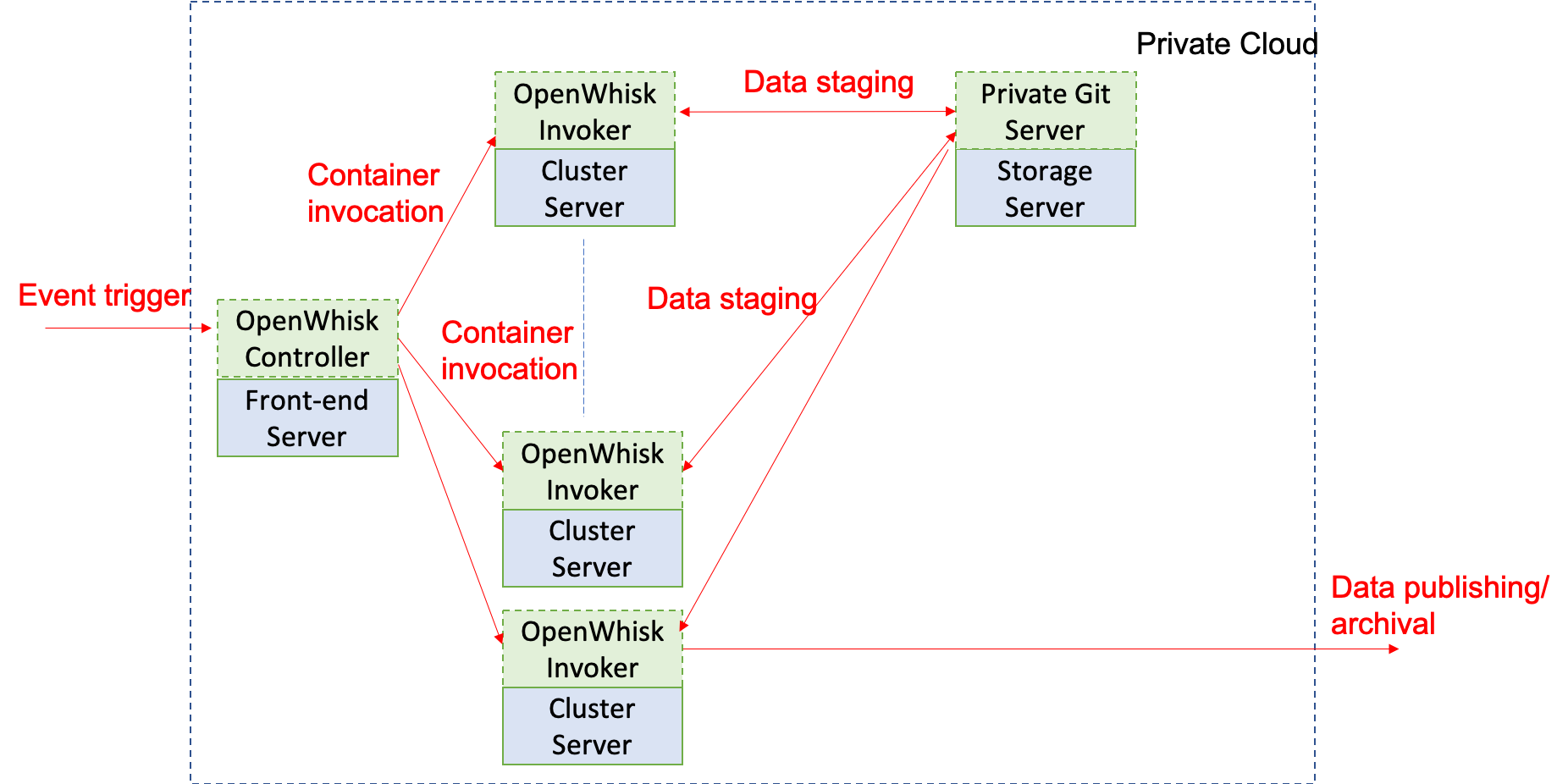 The core of the FLARE workflow is implemented by the FLARE R package, which is deployed across the following containers. 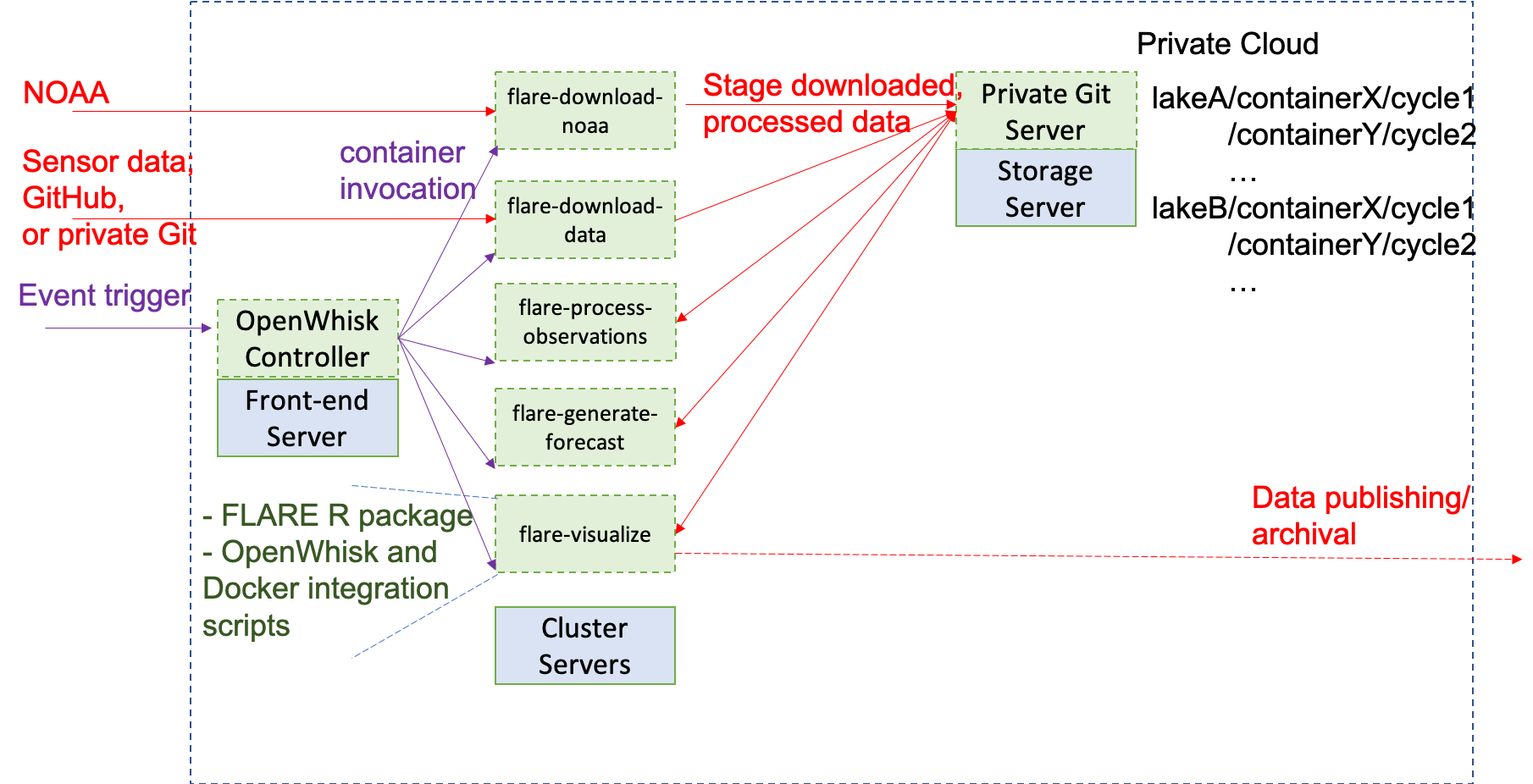 If you would like to learn more details about configuring and deploying FLARE, please visit the FLARE Wiki

Our software is distributed along the following repositories: